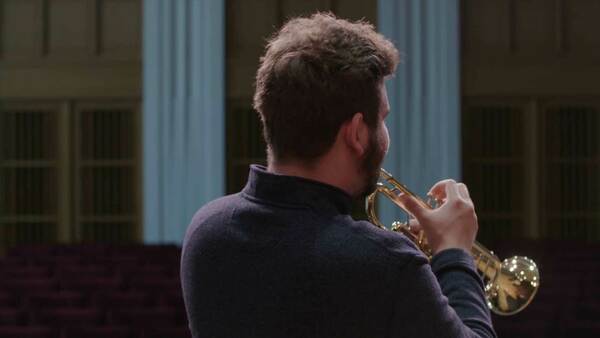 It was getting close to showtime, and Charles Gerard Conn was in trouble.

The intrepid young owner of a small grocery store in Elkhart, Indiana, had already overcome his share of trials. He enlisted in the Union army as a drummer boy in May 1861 at age 17; later, he would be an active combatant and ascend to the rank of captain. He was captured during the Battle of Petersburg in 1864, and spent the remainder of the war as a POW in the Confederacy’s infamous Andersonville prison, despite two attempts at escaping.

Now the year was 1873, and the dilemma Conn was facing wasn’t life-or-death but was nonetheless vexing. He had been involved in a barroom brawl days earlier and had a rather painful split lip to show for it. To make matters worse, his injury made his participation in Elkhart’s “Brick Brown Band” impossible. Conn was a cornet player, but pressing the instrument to his lips to play was unbearable in his post-brawl state.

With a concert quickly approaching, Conn decided on a course of action. He fashioned a cushion for his cornet mouthpiece made from a rubber stamp. It got him through the gig and drew the interest of a few of his friends, who asked Conn to make some for them. Word of the innovation spread, and soon Conn reconfigured a sewing machine into a lathe to help produce the mouthpieces to meet the growing demand.

Conn’s side hustle took off. He would eventually establish C.G. Conn Ltd., the first company created in a prolonged bullish period of instrument manufacturing in Elkhart. Other companies sprang up, and after a couple of generations, the small city approximately 15 miles from Notre Dame’s campus became known as the band instrument capital of the world. By the 1970s, an estimated 40 percent of the world’s band instruments were made in Elkhart.