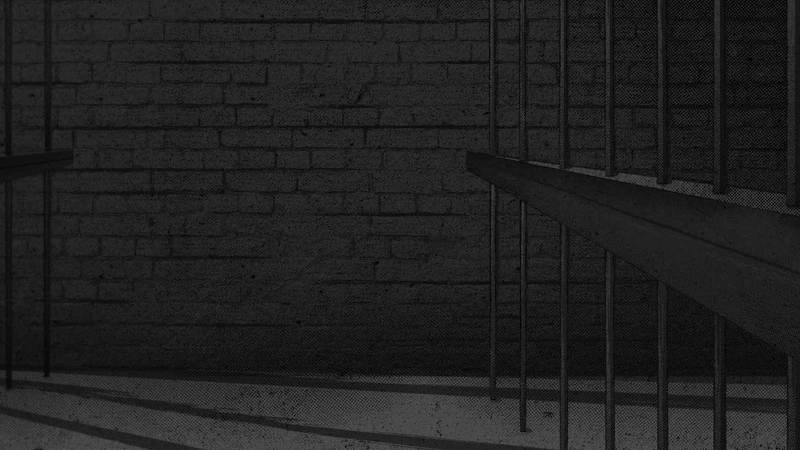 Thousands of people across the country are penned in prisons for crimes they didn’t commit. Want proof? More than 2,700 prisoners have been legally exonerated over the last 30 years, largely through the innocence work of crusading lawyers and legal students. Notre Dame law students, inspired by meeting a nearby example of this tragedy, pushed to get involved in overturning wrongful convictions. With guidance from Chicago attorney Elliot Slosar and faculty member Jimmy Gurulé, the Notre Dame Exoneration Justice Clinic is now on the case. Our series, Proving Innocence, takes you inside this legal effort through a handful of individual stories.

A Club Becomes a Class

Episode One traces the origins of the Notre Dame Exoneration Justice Clinic’s rapid growth over the last four years. It began as a student volunteer club in 2016 with some awareness and advocacy events.

The students launched into action after a visit from Keith Cooper, the only person in Indiana history to receive a governor’s pardon based on actual innocence, and his attorney, Elliot Slosar. They focused their legal assistance on Slosar’s cases in Elkhart, Indiana, a city about a half hour from Notre Dame’s campus. After recruiting faculty member Jimmy Gurulé, their efforts turned into a class and this year into the University’s sixth legal clinic.

In Episode Two, we hear the story of Keith Cooper’s 20-year odyssey to clear his name of a crime he didn’t commit in a town he hardly knew.

Cooper tells the story in his words, starting with his arrest in 1997 based on a description of a crime by someone tall, thin and black. Mistaken witness identifications led to a speedy bench-trial conviction and a 40-year sentence.

New scientific evidence weakened the case against Cooper, and in 2006 he chose to give up his claim to innocence so he could help his struggling family. It took another 11 years of struggle to win the first pardon based on actual innocence in Indiana history.

Andy Royer confessed in 2003 to strangling a 94-year-old woman who lived in his apartment building in Elkhart, Indiana. But Royer, who has mental challenges that make him seem childlike despite his huge size, then asked if he could just go home.

Confessions are convincing to juries. Most people are surprised to learn that they are sometimes given by the innocent. Royer was convicted and given a sentence of 55 years. After three earlier attempts failed, the Notre Dame Exoneration Justice Clinic in April won his release after 16 years – the first of what law students and faculty leaders hope are a string of successful petitions.

In Episode Three, we hear about Royer’s legal troubles from his mother, himself and his attorney. But our main guide is former Notre Dame law student Paula Ortiz Cardona, who worked on his case during her three years on campus.

One Call Can Change Everything

In the fourth installment of the Proving Innocence series, the Notre Dame law students take on the case of Leon Tyson. He was convicted of a 2015 murder in Elkhart, but the Notre Dame Exoneration Justice Clinic believes he is innocent. He was sentenced to 63 years in prison.

The case took a turn when the students and professor placed a call to the mother of a man who was also there during the crime. Her revelations intrigued the students, but the case may turn on the question of hair -- witnesses said the shooter had dreadlocks, but Tyson has long had alopecia, a condition that makes him bald.

Tyson team leader Mackenna Krohn guides listeners through the twists and tangles of this case.

No Evidence, No Hope

Iris Seabolt was convicted of felony murder in 2004 and sentenced to 45 years in prison. Prosecutors did not accuse her of killing restaurant owner A.J. Williams, but claim she was the female lure in an intended robbery that ended in murder.

The police presented no physical evidence at all in her trial. Instead, a series of witnesses claimed they heard Seabolt admit her guilt. Seabolt lost hope, so she took a plea deal. All those witnesses have since recanted, saying they were coerced into lying by a corrupt and disgraced police officer.

In episode five, Seabolt team leader Mary Rofaeil guides us through the case as the students race to exonerate Seabolt before her prison term ends next year.

Tortured by the Police

What do you do when the officers that are supposed to protect and serve the public are the ones torturing their suspects? Not in a third-world country, but in the city of Chicago.

If you're a civil rights attorney, you stand up and defend the rights of those being abused -- regardless of whether the fight takes three decades, the tortured have been jailed as long as you've been alive, or you're a recent Notre Dame Law School graduate drawn to the effort.

The final episode of the Proving Innocence series focuses on Jackie Wilson, who was wrongfully imprisoned for 36 years after his brother killed two Chicago police officers in 1982. Wilson and others were beaten, suffocated and shocked into false confessions in a systematic torture scandal that was hidden for decades until it was exposed by civil rights crusaders who are inspiring the next generation. Wilson spoke to the Notre Dame Exoneration Justice Clinic in September.