Tantur: Hill in the Holy Land

Exploring Notre Dame's past, present and future in Jerusalem 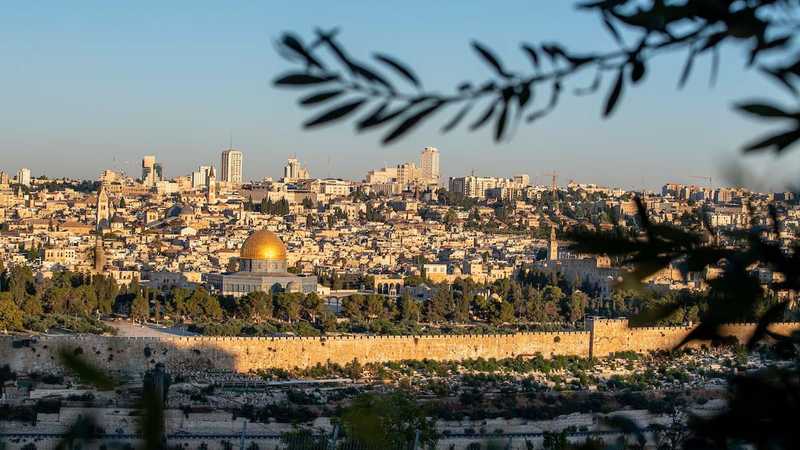 Tantur: Hill in the Holy Land

Exploring Notre Dame's past, present and future in Jerusalem

Tantur founder Rev. Theodore Hesburgh, C.S.C., once said, “Jerusalem is a place that really catches you in the heart.” And it’s Father Ted’s words that we hear first as we introduce the series. But the experience in and around Jerusalem is about more than a pilgrimage to honor the past. The University is engaging the region to build a better future. This is Tantur: Hill in the Holy Land.

Episode One traces the origins of Notre Dame’s presence in Jerusalem, back to the events of the late 1950s in the Catholic Church. The Second Vatican Council inspired a warming of relations between various Christian traditions, a movement memorialized by Pope Paul VI, who famously embraced Orthodox Patriarch Athenagoras on the Mount of Olives in Jerusalem in 1964, ending centuries of excommunication between East and West.

On the momentum of that embrace, the pope would turn to his friend in Catholic higher education, Rev. Theodore Hesburgh, C.S.C., to take on an ambitious and unprecedented project: establishment of a center for intra-Christian scholarship and dialogue in Jerusalem.

The task was no small feat to begin with, and many unforeseen obstacles only added to its daunting nature. Not the least of these unexpected turns was the Six-Day War, which literally changed the country in which the institute would be located.

Eventually, in 1972, the Tantur Ecumenical Institute was inaugurated at a spot between Jerusalem and Bethlehem. The dream of ecumenical scholarship was born on 36 acres of land that sit amid some of the holiest sites in Abrahamic religion.

In Episode Two, we explore what may be under the surface of the University of Notre Dame at Tantur. Abraham (Avi) Winitzer, Notre Dame professor of theology, leads a group of students in the first-ever official archaeological survey on the grounds.

Then, Winitzer’s class joins students from all over the world at Tel Azekah, in the Judean hill country. Azekah is most famous for anchoring the theater of one of the greatest stories ever told: the battle of David vs. Goliath. We hear from Notre Dame students, and scholars from Tel Aviv University, on what the past can tell us about the present ... and we encounter a truly bizarre scene in which a tour guide bursts onto the site to give us his own rendition of the David vs. Goliath story.

Transcript: Unearthing The Past

St. Jerome, who famously translated the Bible into Latin working from the same cave system in which Jesus was born, said: “Five gospels record the life of Jesus. Four you will find in books and the one you will find in the land they call Holy. Read the fifth gospel and the world of the four will open to you.”

In Episode Three, we visit St. Jerome’s study in Bethlehem with a group of Notre Dame students in the Holy Land for a summer study program. Their time in Bethlehem, Jerusalem and other key sites in Israel was a transformative experience, and not just in religious terms. “People come here to see the holy sites,” observed University of Notre Dame at Tantur academic director Hannah Hemphill, “but while they see the old stones, they fail to see the living stones, the people who are living in the land today.”

As Notre Dame students explore Israel and the West Bank, they’re exposed to different narratives about the current conflict in the region, and are forced to square the reality they’ve heard back home with the one they’re seeing firsthand.

In the final episode, we explore Tantur using two interpretations of a commonly used metaphor for the place: an oasis. Many people describe the Tantur grounds in terms of its tranquility, beauty and peace. That is certainly true. But the literal definition of an oasis is “a fertile spot.” We’ll explain how Notre Dame at Tantur has become a place where seeds are planted and meet a Tantur “alumna” who views her time there as a pivot point in her career. And, we’ll explore what the University is planning to do to plant more seeds over the next 50 years.